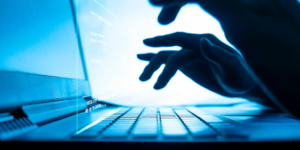 Cybercrime continues to grow at an astounding and devastating rate; more than 93% of organizations in the healthcare field alone experienced a data breach in the past few years (Sobers, 2021).

What Is an Ethical Hacker?

In the more commonly known illegal counterpart to ethical hacking, cybercriminals (also known as malicious hackers) seek vulnerabilities to exploit in an organization’s network. Ethical hackers, on the other hand, are security experts retained by organizations to proactively identify vulnerabilities before someone with ill intent discovers them. Ethical hackers improve a company’s security by finding weaknesses and providing remediation advice.

The field of cybersecurity is broad and complex, so it’s not surprising that there are several subsets of the hacking community. Ethical hackers may work for a cybersecurity firm, work in house at an organization, or find contract roles by working as independent consultants.

>Red teamers are ethical hackers who focus on the offensive side of cybersecurity, explicitly attacking systems and breaking down defenses. After a series of simulated attacks, red teams will make recommendations to the organization regarding how to strengthen its network security.

Where red teams play the offensive in the cybersecurity game, the blue team focuses on defending networks against cyberattacks and threats. Cybersecurity employee training, network vulnerability scanning, risk management, and mitigation tactics all fall under the blue team umbrella.

A gray-hat hacker will advise the breached organization of the vulnerabilities they uncover (and may request a small fee for doing so, although this isn’t their primary objective and they are not requesting such in a ransom capacity). However, gray-hat hacking is still illegal, given that the individual in question does not have permission to hack into the system.

How to Become an Ethical Hacker

For anyone interested in pursuing a career in ethical hacking, the following skills lend themselves well to the role:

Most ethical hackers also have a degree in a technology-related field, such as computer science, information technology, or cybersecurity.

Finally, it’s essential to gain firsthand hacking experience. There are several vulnerability testing tools that hackers in training can use, and the C|EH course provides a safe yet immersive practice environment through EC-Council’s iLabs. Cybersecurity professionals also acquire valuable practical experience in the workplace; typically, ethical hackers start out as members of a broader security or IT team and progress through the ranks as they gain experience and additional education.

Upon receiving explicit and contractual consent from the organization, the reconnaissance portion of the hacking process can begin. This involves collecting as much information as possible about the “target” using the various tools at the hacker’s disposal, including the company website, internet research, and even social engineering. These are all similar to the types of behaviors that a malicious hacker would engage in when attempting to breach an organization.

During this second scanning phase, the hacker moves from passive to active information gathering by looking for ways to infiltrate the network and bypass any intrusion detection systems in place.

When the hacker is successful in step two, they shift to step three: attacking the network. During this phase, the hacker gains access to the target, determines where the various vulnerabilities lie, and assesses just how much damage could conceivably be dealt now that they have access.

Given that it takes on average 228 days to identify a breach (Sobers, 2021), it is safe to assume that the average cybercriminal isn’t in and out. They stick around as long as possible once they have successfully breached a network. In this fourth stage, the hacker explores ways to maintain their access.

5. Clearing Evidence of the Breach

Just as a breaking-and-entering criminal might take the time to clear any evidence of their crime, cybercriminals are likely to do the same in a digital context. In this stage, the hacker will look for any traces of their activity and remove them.

6. Provision of a Final Report

For their final deliverable, the ethical hacker compiles all the lessons learned from their mission and reports them back to the organization, including recommendations for avoiding future security incidents.

The Advantages of Becoming an Ethical Hacker

There are several advantages to pursuing a career as an ethical hacker. The typical ethical hacker’s salary ranges from approximately USD 91,000 to 117,000 (Salary.com, 2022). Given the exponential and ongoing growth of cybercrime—ransomware attacks alone increased by 148% last year (Zaharia, 2022)—the demand for ethical hackers is expected to remain strong in the coming decades. Furthermore, ethical hackers can take pride in knowing that they contribute to keeping integral networks and systems as secure and high functioning as possible.

While the compensation and availability of ethical hacking jobs are expected to remain high for those considering entering the field, becoming a competitive candidate requires a considerable degree of ongoing education and continual upskilling. Fortunately, EC-Council’s C|EH program provides a solid and well-rounded education in ethical hacking, from learning about emerging attack vectors to malware analysis to real-world case studies.

EC-Council is the leading provider of cybersecurity and ethical hacking credentials, having graduated 220,000 certified cybersecurity professionals in 145 countries. With flexible, hands-on learning opportunities and career progression support, EC-Council certifications will give you a competitive advantage as you navigate the exciting field of ethical hacking. 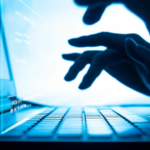 Interview: A Cybersecurity Expert Shares His Tips for System Hacking